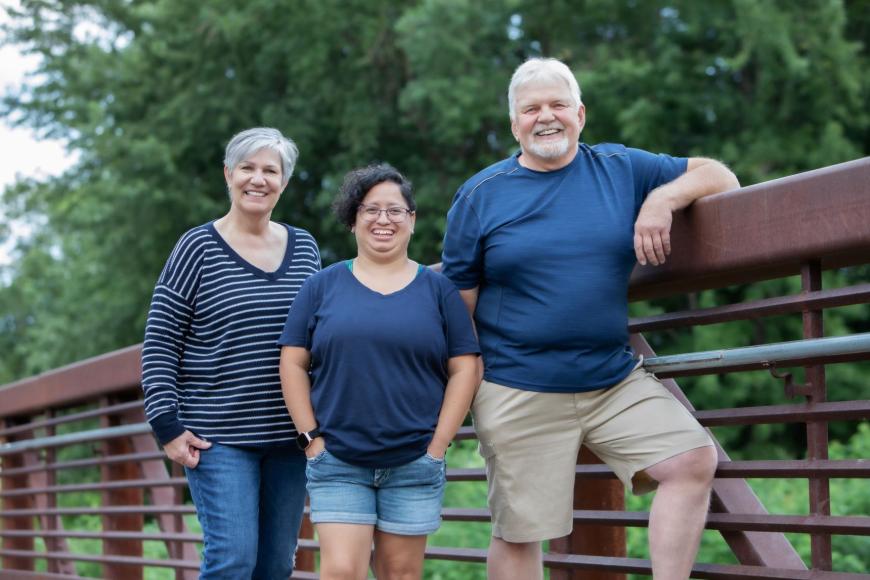 Some people are born into their family, while others have the opportunity to be chosen. Lutheran Social Service of Minnesota’s Host Homes, a life sharing service, offers a nurturing, supportive, family-style living option to people with identified needs who are looking to gain skills and independence. For 29-year-old Rosa, LSS Host Homes has given her a family for the past 10 years. 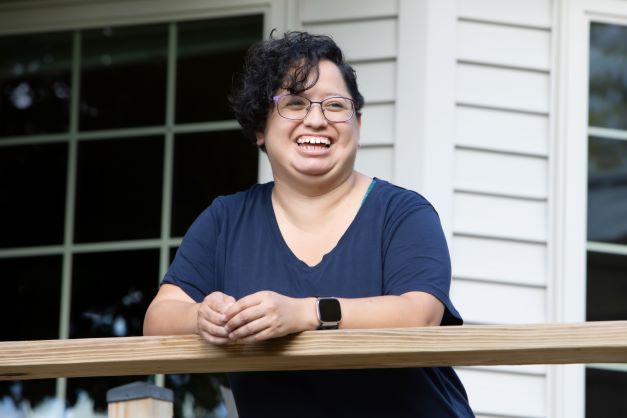 Rosa, who has a moderate intellectual disability, had previously been living with relatives. But due to unfortunate circumstances in her previous living situation, Rosa’s case manager encouraged her to give Host Homes a try. Host Homes, which began in 2011, matches providers with individuals who need extra support based on mutual interests and compatibility. For Rosa, Janet and Ron Nordby immediately felt like her perfect match.

LSS works with families who want to open their home to a person with identified needs, by providing support, training and administrative functions, so that the family can really be a family and focus on providing the support needed by the person they're living with.

Janet and Ron Nordby both say that you never get too old to raise a family. Before making Rosa a part of their family, Janet and Ron raised four kids, who now have families of their own. Janet, who has worked with people with disabilities for 26 years, said it was an easy decision to make.

“All my kids were grown, and I decided that maybe I would look into doing it out of my own home,” said Janet. She also thinks the extra support that LSS provides them is very beneficial. “Any challenges that I've had, I feel like the Host Home program is very helpful. You don't feel like you're alone no matter the situation.”

LSS Host Homes offer the benefits of a family dynamic and personal attention to support individuals in developing social and daily living skills. Host Home providers are all licensed foster care providers and may be an individual, a couple or a family with children. Unlike a traditional group home environment, the maximum number of people served through the Host Home model is two, allowing for a more flexible lifestyle for everyone.

Janet, with previous experience working in community residential homes, thinks consistency is key. “We had staff come and go, so the family situation, I think, is perfect for people with disabilities because of the consistency and somebody getting to know them enough, to know their true needs.”

Janet describes Rosa as a sweet, happy and engaging person who also enjoys her solitude and time for herself. This is something they learned throughout the years which has helped them form a tighter bond and understand each other’s needs.

Rosa and the Nordbys celebrated their 10-year anniversary together on August 27. Rosa, who refers to Janet and Ron as mom and dad, began this journey while she was still in high school. Now an adult, Rosa continues to gain independence with the Nordbys’ support. She completes many tasks on her own and even works part-time in the dining hall at a local university. When asked what she enjoys most about living with the Nordbys, Rosa said, “All the laughter.”

She loves to see the family grow as well. Whether that be more grandchildren for Janet and Ron or a new puppy, it all adds to the normal family dynamic, which Rosa loves. The house is always filled with loving and caring people.

“Rosa was really the first in this area (Moorhead),” said Sommer, LSS Host Homes northwest area director. “It's pretty amazing to think that she was still in high school when she went to live with Janet and Ron, and how she's growing and is a part of their family.”

LSS Host Homes currently supports almost 100 people and has supported more than 300 people in the last 10 years. With a statewide LSS team that provides training and support to both providers and people supported, LSS Host Homes are currently found in 27 counties across Minnesota. 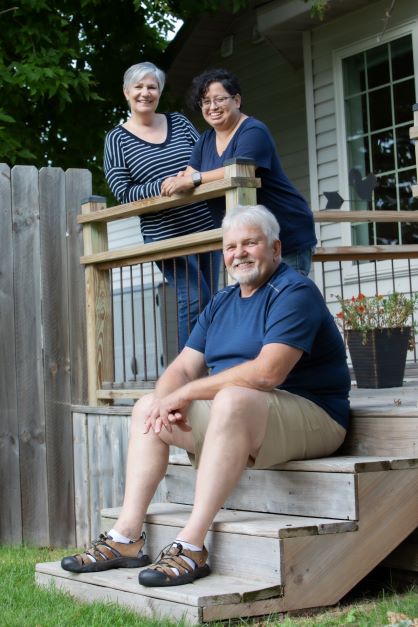 Sommer says the goal is to change lives one person a time. “We just continue to find people that have caring hearts and want to open their homes to help people grow,” said Sommer. “We hope people see the value in the service and support, and really see it more in that family type setting versus as just another job.”

For Rosa, Janet and Ron, this seems to be just the beginning. While they still are learning and growing with each other, at the end of the day, Janet says they are just a like any other family. “We have no thoughts of retiring from being Host Home providers because it just feels normal — like a normal home life.”