When Baby Mason was born, he was in 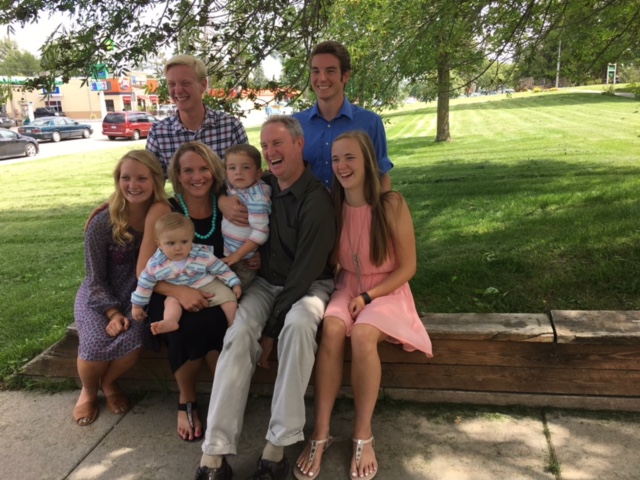 urgent need of medical care for respiratory issues and was later diagnosed with fetal alcohol syndrome. His stay in the neonatal intensive care unit was preceded by his placement in the state foster care system at birth. Ill and alone, the tiny baby needed someone to love and care for him. When Amy and Mark Syvertson learned of little Mason’s plight, they welcomed the chance to care for him as his foster parents. For the Syvertsons, fostering is a way of life.

Night after night, Mason slept on Amy’s chest as she kept close watch to make sure he didn’t stop breathing. In those dark nighttime hours, the bonding started. When it became clear Mason needed a new forever family, the Syvertsons committed to loving this little one for the rest of his life by adopting him.

Later, Amy and Mark learned that Mason had a biological baby brother who was also in need of a forever family. The Syvertson family welcomed Mason’s younger brother Judson with open hearts and open arms.

Amy’s neighbors and friends often say that they couldn’t turn their lives upside down the way the Syvertsons have to accommodate the special needs of the children they’ve adopted. They’ve opened their home to more than 80 children during the past 10 years, while raising their four biological children. Amy genuinely believes that anyone can do what her family is doing. She said, “I’m just a normal human being with a big heart for children.”