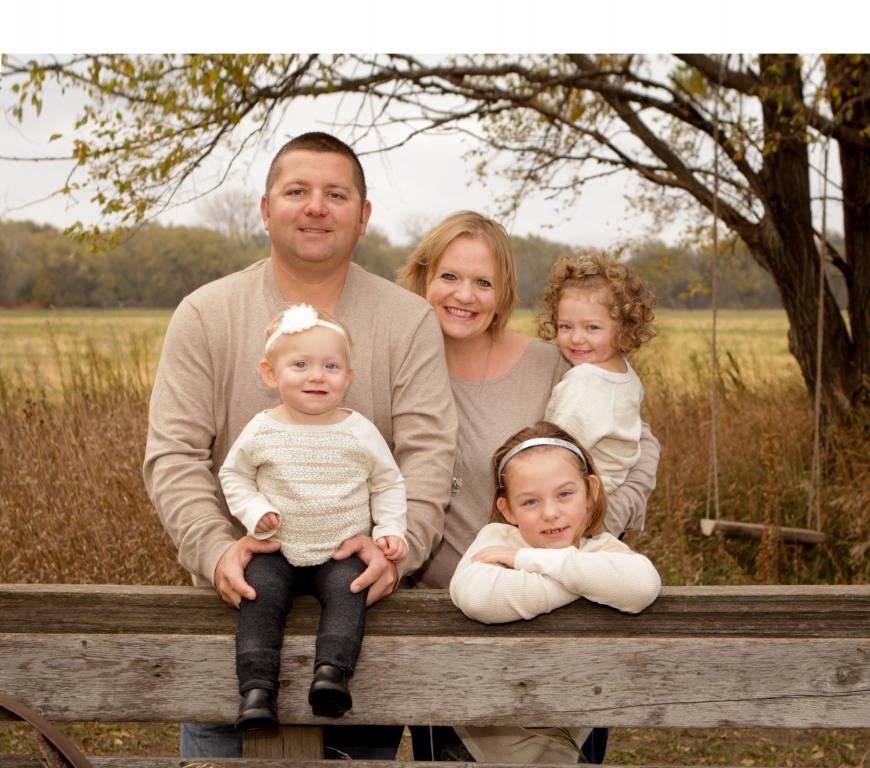 Andrea Trautman was at work with her newborn baby an hour away from home when the twin tornadoes merged into one massive funnel cloud and slammed into her community. Meanwhile, Andrea’s brother raced against the storm to pick up his sister’s older children, Graycen and Ashlyn, from daycare and get them safely to their grandparents’ house — a home built to withstand the severe weather the prairies can bring. Cuddling her newborn and following the path of the tornado from afar, Andrea listened as the storm headed for her parents’ house. Her husband, Levi, was also working that day and following the path of the storm.

The twin tornadoes didn’t discriminate as they wielded their power across Northeast Nebraska in the summer of 2014. When the storm was over, the windows and doors of Andrea’s  parents’ house were gone. Her brother’s house, just miles from their childhood home, sustained devastating damage.

Disaster changes lives — especially for children who need to process their experiences in order to build resiliency. Camp Noah, a program of Lutheran Social Service of Minnesota, is designed to help children heal from disaster and trauma by focusing on disaster preparedness and resiliency skills for whatever storms in life they experience.

The massive tornado was the second blow for the Trautman family. Just a month earlier, Andrea and Levi were anticipating the birth of healthy, identical twins. Then the unexpected happened and one of the twins was stillborn. 24 hours before their delivery, the Trautmans lost one twin to an undetected case of TAPS, a form of feto-fetal transfusion. The twin tornadoes left the family to cope with even more devastation.

Five-year-old Graycen started kindergarten later that summer, and it became apparent these twin traumas had affected her sense of identity. Graycen’s teacher asked her students to make a collage about themselves. Out of dozens of photos, including pictures of herself dancing and playing soccer, Graycen choose images depicting two things: her little sisters and the tornadoes. “It was then I realized that she was defining who she was by these events,” said Andrea.

When Camp Noah came to Nebraska the following summer, Andrea enrolled Graycen, hoping this would help her daughter find a path back to her bubbly pre-storm self. In the safe and supportive setting of Camp Noah, children are encouraged to face their fears, grieve their losses, identify and share their unique gifts and talents, and plan for an amazing future. Being able to process experiences with people who understand what they have been through can mean the difference between carrying fear and despair and moving on to a life filled with joy and hope.

Andrea credits Camp Noah with helping Graycen relearn to experience hope and joy. “I knew Camp Noah meant a lot to her when she gave up the end-of-summer pool party she’d been anticipating for months to go to the closing day of Camp Noah. She didn’t want to miss even one day of Camp. We saw a happy child again. Graycen would laugh and smile. Camp Noah is amazing.”

Camp Noah is a national preparedness and resiliency day camp for elementary-aged children whose communities have been impacted by disaster or crisis. At Camp Noah, children build resiliency skills within the familiarity of their own communities, using a curriculum designed to help them process their disaster and/or trauma experience through creative activities and play. Last year, Camp Noah served over 850 children in eight states in their recovery from disaster and trauma. 99% of campers reported they learned new resiliency skills and 100% of the parents said they would recommend Camp Noah to other parents.