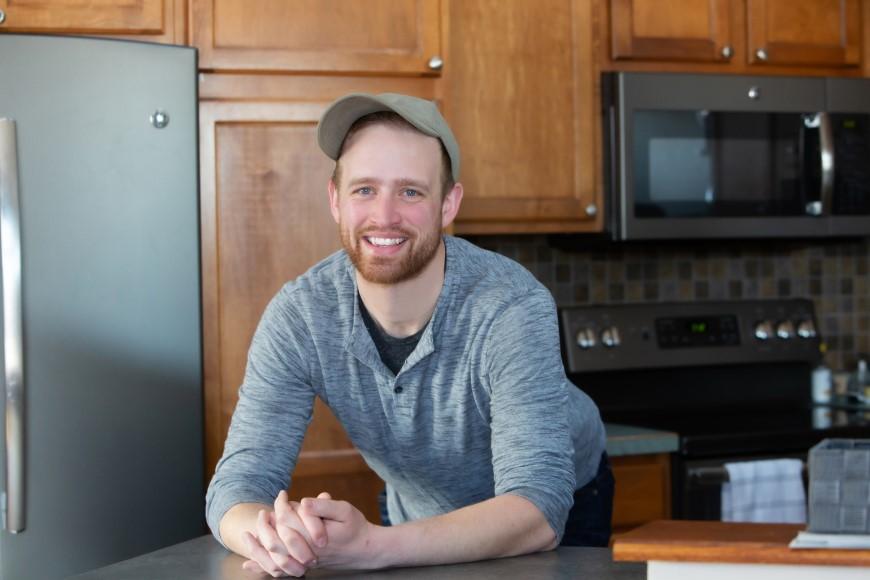 “I was at the point where I had nothing. I couldn’t pay rent. I owed more on my car than it was worth. While juggling payments I worked a second job. I was Googling ‘bankruptcy.’ I was frightened. Worse, I was ashamed.”

That’s how Tim, a 29-year-old living in Fargo, North Dakota, describes his lowest point as he struggled to get his finances in order after leaving his hometown of Mora, Minnesota to attend college. He admits he had little direction for his life, and no end goal for his studies or a career. It was his first time ever living independently.

“I Always Told Myself I Wouldn’t Live That Way”

“My parents are wonderful people, but they weren’t able to financially support me while I was in college,” said Tim, “so I took on school loans and worked multiple jobs to pay rent and get through school.” Those jobs were mostly low-wage positions. Therefore, he resorted to credit cards to buy essentials like food and gas. Due to this stressful situation, he eventually quit college.

“I was scared,” Tim said. “I have relatives who live paycheck to paycheck, and I always told myself I wouldn’t live that way. And yet here I was, at the point where I had nothing. It made me feel ashamed.”

Tim confided in his mother about his dire situation. She told him about LSS Financial Counseling, which had been a resource for her and Tim’s dad when they needed financial advice. Tim was unfamiliar with services like this and a bit skeptical. But he promised to check it out. He was soon talking to LSS Financial Counselor Katie Eastman.

“I was ready to listen to anything Katie had to say,” said Tim. “It felt like a lifeboat had come into my life.”

Getting Control of Debt Through a DMP

With Katie’s help, Tim set up a Debt Management Plan (DMP) to pay off more than $22,000 in high-interest loans and credit cards. The LSS Financial Counseling team worked with his debtors to reduce or eliminate fees and interest rates. This alone saved him almost $8,000.

“All of my debt was consolidated into one monthly payment,” explained Tim. “With the reduced interest, it was amazing how fast the bills got paid off. Seeing my credit rating go up as the balances went down — that was sweet.”

Tim’s DMP inspired him to be even more aggressive paying off his balances, but it didn’t come without sacrifice. “I made higher payments than the minimum required. To get some extra money, I started driving for Uber and Lyft during the big football games in the area. Before this, I would have chosen to go have fun at the games with my friends, but I figured I could do that later, once I’ve settled these accounts.”

Debt Paid Off – Ahead of Schedule

In 2019, Tim paid off his debt ahead of schedule.  He is proud of his accomplishment and appreciates the counseling team that made it possible. “This debt plan seriously saved my financial behind!” he stated.

Tim is now a homeowner and living with his partner, Trent. They have two dogs, an expense he said he could never have justified before. He also says he works at a fulfilling job.

It will take time, effort, and even some sacrifices, but there is light at the end of the tunnel.