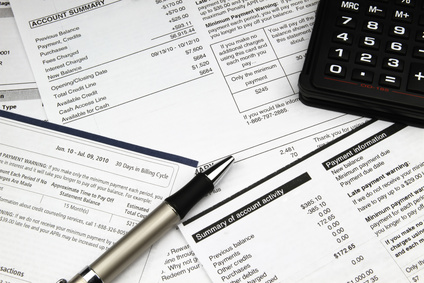 Two years ago, my partner’s father passed away. Unfortunately, he had never been a good money manager and when he died, there were credit card debts, medical bills from his final hospital stay, a mortgage and auto loan.

My partner had been named his agent through a Power of Attorney and had been helping to get his finances on track for the past year. Soon the phone began to ring and our mailbox was stuffed with his bills. “Paying off your father’s credit card bill is the right thing to do,” the representative from Chase began. Sometimes the rep would suggest my partner SHOULD PAY THE BILL because she was legally obligated. We knew this wasn’t true because we had spoken with two probate attorneys to get an assessment of the situation. However, that didn’t stop the credit card representatives from trying to pass off inaccurate information.

Now I don’t want anyone to get the wrong idea. I am not saying you will never owe money for your loved one’s debts when they die. Whether or not you do depends on the laws where you live. But in her father’s case we knew the credit card reps were just plain wrong!
The general framework:

Typically, credit card debts of your deceased loved ones are the responsibility of the estate, not the heirs or family members. Credit card companies are required to make a claim to the estate once a probate begins. All estate debts are paid in a priority order with credit cards at the bottom of the pile. If there are no assets in the estate, or not enough to cover the debts, the outstanding debts are usually “written off” by creditors.

Protections offered by the FDCPA:

The Fair Debt Collections Practices Act (FDCPA) offers certain protections to family members who are contacted by creditors for others’ debts. It is true that creditors or collection agencies may call heirs about the debts. However, all calls MUST STOP once the name of the person handling the estate (personal representative) is given to the creditors. Also, creditors are prohibited from claiming family members owe the debts when they don’t. There are stiff penalties for violations of the FDCPA, and relatives should contact an attorney if harassed by creditors. Attorney fees will be paid by the violator.

So who is liable?

Who gets paid first?

As mentioned above, each probate follows a priority to pay off the estate’s debts. Although the precise order may vary among different states, generally debts like taxes, mortgages, Medicaid reimbursement to the state, probate administration costs, and funeral costs take priority over unsecured debts like credit cards.

There are a number of simple yet proactive steps to take when a loved one dies and still owes credit card debts.

When a loved one dies, family members are grieving and vulnerable. At such a difficult time, no one should have to endure a creditor harassing them. By knowing your rights, you can protect yourself and avoid being talked into paying someone else’s debts you never owed. Give us a call at 888.577.2227. We are here to help you find peace of mind.