Buying vs. Leasing a Vehicle: The Eternal Battle 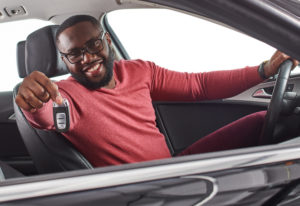 For comparison, let’s look at a $400 car payment over 72 months or 6 years. That probably buys you an equivalent vehicle to what you would get if you leased something for $300. Equivalent being the key word: you could technically get a "nicer" vehicle on a lease but that might also cost you miles. But, if we keep adding numbers this is going to be impossible to follow so let's keep it simple.

The lessee will have spent $32,900 dollars over a 9-year period, but likely had not a single mechanic bill. Those costs are typically covered by the manufacturer since you would be giving it back before the bumper to bumper warranty of 36,000 miles expired. However, if the lessee went over the maximum preset mileage, they will have to pay between 12 to 15 cents/mile. And although seemingly minuscule, if you go over 5,000 miles, that totals $600 out of the lessee’s pocket just to give back the car.

The dealer will then inspect it and if they determine that you did not take good enough care of it, dings, scratches, struts (you took it off road or in the mountains) or anything like that, the lessee will be charged. Of course, if a new lease begins upon giving the car back, the dealer will "oversee" a lot of the minor things you could be charged for. The positive side: you get a new car every three years, with all the new cool features available.

Now let’s talk about buying a vehicle. Over the same 9-year period, a buyer will have spent $28,800 assuming a 72-month loan, which is the norm nowadays. At year 4, you won’t get the cool new bells and whistles the lease option offers, so the buyer will keep the same car with the same options it had originally. But as a buyer you are keeping this car. So by 36,000 miles, you should have replaced the air/fuel filter and steering fluid and at least checked the battery, coolant, radiator hoses, and brake pads. On average, that would cost $250, especially if you can do any of this yourself. Additionally, you can drive your purchased vehicle as far as you want, compared to leasing where there are yearly mile restrictions.

At the 72-month mark, the buyer has now paid off the car, but has quite a bit more invested than the lessee. First off, the bells and whistles: my 2016 Altima has a lot of standard features, but the rear view camera and the blue tooth are the two that I love the most and they came standard. I did an online search and the first 2010 Nissan Altima that I pulled up did not have either of those extras. For the sake of time I did not do a lot of research on whether or not it was even available back then. But assuming it was not, the person leasing has now some new toys to play with. With that being said, I did not know those were things I “needed” in a car…until I had them.

Next, the person buying has spent $7,200 more over those same 72 months than the person leasing. However, as my purchased vehicle depreciates, annual vehicle tab renewals on year 4-6 will decrease. Depending on the car, it could be $100 less annually; while that’s not a huge amount, it’s still worth mentioning. The buyer also has to replace the spark plugs and wires, brake pads and brake fluid, and likely tires. Plus pretty much check everything else on the car. Remember you are driving this bad boy to the ground! Preventive maintenance is always cheaper than fixing problems…including your own health, just a side note. :)

If you get all of that done and get the nicest tires possible, based again on a quick google search, I think you can do it for $1500. Now you are $8,700 more invested in the car than leasing.

This is the no car payment month! The "I am still driving that same car I had six years ago and every other commercial on television is telling me that I need a car that will warm up breakfast for me on the way to work and have coffee ready when I get into it" month. But...it is still going to cost the person leasing $300 every month. The tabs are more expensive, the insurance will likely be more expensive (by the way leases have rules on the kind of insurance you MUST have) and the lease might have even increased by now, you know - inflation and all. For the next three years the person leasing will pay $10,800 and the person buying will spend $0.

Of course the buyer might run into needed vehicle repairs, but some manufacturers now have 100,000-mile power train warranties, which is the really expensive stuff. Realistically it will be cheaper than at 60,000 miles because tires should last you 70,000 miles or so. But in all fairness let’s say you spent another $1,500 from months 73-108 in maintenance; you are now all in at $32,050. Two years into my car purchase, I got married, moved across states, and we had our first child, among other less notable things. That give me some wonderful and lasting memories in my car. After nine years the person buying has saved about $850. Less than $100 per year, if we add in savings on insurance and tabs that probably doubles. So I have spent $1,800 less in a car over nine years.

Obviously, things drastically change at the end of year nine, and the savings are dramatic, even if you want to add $3,000 in maintenance costs. I think as you read this you can see where I am leaning, but with all that said, ultimately it’s your decision to figure out what whether leasing or buying is best for your family. Happy vehicle shopping!