The Many Faces of Bankruptcy 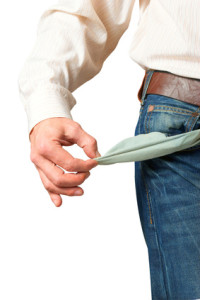 In 2005, Congress adopted The Bankruptcy Abuse Protection and Consumer Protection Act. The changes made to the existing Bankruptcy Code were significant and sweeping, especially for those with personal consumer debts. The new bankruptcy law applies to bankruptcy cases that are filed on or after October 17, 2005.

One of the most far-reaching changes was the creation of a “means test.” Under this test, each individual or married couple’s “means” (household income and expenses in relation to local and national standards), now determines whether filers qualify for a Chapter 7 or Chapter 13 bankruptcy.

Other important changes include the requirement that debtors complete an approved course of credit counseling before filing bankruptcy, and a financial education course before their case is discharged (or completed) by the bankruptcy court. Clients receive certificates of completion for each that must be filed with the bankruptcy court.

Where the data comes from:

Following the bankruptcy law changes, the Institute for Financial Literacy conducted a five-year study to get a better understanding of who files bankruptcy and why. Below are the statistics used to paint the picture of current debtors (those who file for bankruptcy.)

According to professionals who work in the bankruptcy arena, the most common reasons that lead to bankruptcy are job loss, medical bills, and divorce. Meanwhile, the debtors themselves blame overusing credit, lost income, unexpected expenses, job loss, illness and divorce in that order.

For more information about who files bankruptcy, see another post I wrote called “The Top Three Reasons People File Bankruptcy.” This study seems to confirm my prior research which shows debtors primarily file bankruptcy because of job loss, medical issues, or divorce (in that order). The common theme in my first post is that filing bankruptcy is typically NOT due to any fault on the part of the debtor.

You may not see your face in this picture of bankruptcy filers; and if not, consider yourself fortunate! If there is one thing I have learned as a bankruptcy counselor, even the best laid plans can backfire and turn your financial world upside down. If you find yourself in a challenging financial situation, delay no more.

Call LSS Financial Counseling at 888.577.2227 for a free and confidential personalized assessment of realistic options and recommendations. Just remember, we are here to help when your financial roadmap takes an unexpected detour.

Author Barbara Miller is a Financial Counselor at LSS and specializes in Bankruptcy Counseling and Education.