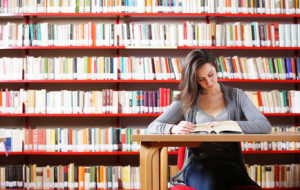 One of my blog teammates recently wrote a post called “Should I Co-Sign For a Loan?” I was very impressed and wanted to piggyback on his insights by further discussing the very real and sometimes bizarre dangers of co-signing private student loans.

Private student loans are fraught with perils and pitfalls that many borrowers and co-signers alike are unaware of until it’s too late. Although many of these dangers are spelled out in the loan contract, either people don’t read the full document, don’t understand all the provisions, or may think “this will never happen to me.” I won’t go so far as to say everything is clearly spelled out because I have my doubts. But my first recommendation: always read the full contract and ask questions to clarify any confusion you may have so you understand what you’re getting into.

I recently spoke with a parent who co-signed a private student loan for her son with a large national bank. It turns out she had also done her banking at this financial institution for many years and had always been happy with their service. Then her son stopped making the loan payments.

My client began receiving letters about the defaulted student loan that she co-signed. She wrote back informing the bank of her son’s mailing address and phone number so he could be contacted directly. But that wasn’t good enough for the bank.

Without warning, it cleared out her checking account of at least $1000 toward the loan balance. When she discovered this “offset,” she contacted the bank and was told that when she signed the paperwork for her bank accounts years earlier, it was clearly stated that balances owed to the bank could be taken from a borrower’s account without notice. You should all know this is a very common industry practice but no one seems to believe it until it happens to them!

When she asked if the bank had tried contacting her son about the loan, she was told that information was confidential and could not be disclosed. Not only was my client financially inconvenienced but was understandably frustrated with how this collection process was playing out.

She has since changed banks but still runs the risk of being sued over the debt and having her wages garnished if either she or her son do not make regular payments on this private student loan.

This instance is a bit extreme but is absolutely true. Believe me when I say I don’t have nearly enough imagination to make this up. It clearly shows just how quickly things can go wrong for the primary borrower if something happens to the student loan co-signer.

A young man called LSS one day with a question about his private student loan. I had some free time so I called him right back. It turns out he had borrowed a private student loan from a national bank but was current on his payments and had always made them on time.

The problem was his co-signer had passed away recently so according to the loan contract, the balance (which was several thousand dollars) was immediately due in full.

Huh, you might be asking? The only reason I wasn’t completely taken aback by this situation is that a few weeks earlier, our student loan team was advised about the potential for this very thing to happen. The caller acknowledged that he had seen this clause in the loan contract, but that surely didn’t change the fact that he was now facing a huge financial burden – a burden that was entirely beyond his control.

Fortunately for him, the co-signer’s estate paid off the defaulted student loan and would allow him to continue making affordable payments to the estate until paid in full. But others encountering this situation may not be so fortunate!

If you are faced with co-signing private student loans for your child, you may want to look at some other less potentially expensive alternatives. Even better, answer some basic questions to figure out if this is really a viable option.

Sometimes co-signing private student loans is well worth the risk. But doing so is not for every parent (or other family members). So if you plan to sign just be sure you’re prepared for the worst case scenario! Have questions? We specialize in Student Loan Counseling. Give us a call at 888.577.2227 and we can help!