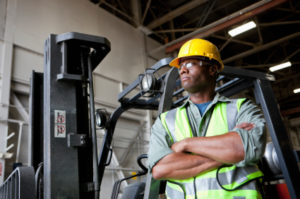 You work for the schools and like the children who surround you, you have the summer off. You work construction & you have the ability to go ice fishing anytime you want when all your 9 to 5 working stiff friends are stuck at the office,. You made your dreams a reality and now are an artist, musician, or author and you can essentially live and work anywhere you want to. When you work, you get paid well. The reality is, the way you prepare and maintain yourself financially during times you don’t get paid is vitally important to the success and longevity of your career, whatever it is. I'd like to share an example of this with you. We'll call him Bob.

Bob: A Case Study on Re-inventing the Edge

“Bob” is a contractor who specializes in high-end flooring for new home construction and renovation. I first met with him in December of 2010. He had missed 2 mortgage payments at that point and was interested in learning about any government programs that may help make his payments for him until he was able to secure more work the following spring.

I explained to Bob that government mortgage programs don’t work that way. Instead, their goal is to remedy delinquent mortgages via modifications or repayment plans once income is restored. This was a viable option for him since he had never been late or needed variance from his contractual obligation. I also informed Bob that even if a subsidy payment program like that did exist, it likely wouldn’t help him because he earned plenty of money (six figures), but hadn’t prepared for his off-season, so to speak. Bob left our appointment angry. Angry at the bank for expecting his payment, angry at the government for not having a mechanism to step in and help, and angry at me for talking about being prepared ahead of time.

As we had scheduled, Bob returned a few months later once his work had resumed; however, he was no longer angry. He was hungry to repair the delinquency by working with the bank on repayment options and more importantly, he was eager to adapt financially so that this type of ordeal wouldn’t repeat itself. We worked together exhaustively for a couple months on the first priority and have maintained a relationship regarding the holistic financial situation since. I thought I would share a few of Bob’s challenges and successes that allowed his family to better prepare themselves financially for the next income drought.

Though you may be responsible for the finances, communication and participation from everyone in the house is needed for collective change. Bob’s wife, “Amy,” wasn’t omitted thus far in my story due to her unimportance, but rather to symbolize how her entrance in the discussion came about. Bob, being a proud guy, had declared in our first meeting that he was “responsible for the finances”; however, it became clear that the communication regarding finances with his partner was really non-existent. She was unaware that there was any level of panic caused by the lack of income and savings. So I suggested he come clean, take responsibility for issues up to that point AND to ask for her help in finding the solution.

Amy was rightfully upset for being excluded. She had just spent a large amount of money buying their 4 children Christmas gifts on credit cards assuming that they’d just pay off the balance with the income tax refund they typically received. Now she worried that they wouldn’t be able to even make the minimum payments. For the two months the mortgage had gone unpaid, she spent her usual amount.

Polarizing the reality that even in one income families, money issues are evenly distributed, Amy inflicted self grief upon herself for being the “spender” in her role providing for the family. Bob, despite his 6 figure earnings, drove the ten year old truck to her new SUV, bagged a lunch and a thermos while she ate lunch out and acquired a habit for designer coffee and while she embraced fashion, his only new clothes came from her periodic pressure not to dress like “such a bum”. Here, she and the kids benefited in so many ways from his hard work however, when tough times arose she hated how her behaviors, albeit unknowingly, were now such an obvious factor.

Though Bob was my client in the beginning, Amy became a fixture in further sessions and was a huge catalyst for change in their collective improvements. She was able to find work almost immediately that helped provide for basic needs expenses & was able to catalog and market items from their home that they sold on ebay and craigslist that kept the mortgage from falling further behind to avoid foreclosure proceedings before Bob was able to start working again. She modified expenditures so that what mattered was taken care of and what wasn’t would have to hibernate until both income was restored and future savings could be established.

The inclusion didn’t stop with Amy. Their oldest, a college freshman who lived at home, began contributing to the household by paying a small monthly amount for car insurance, cell usage, her share of utilities, and food. After all, these are expenses that would exist if she had lived outside of the home and this doubled as positive reinforcement to not depend on private student loans that so often cause a financial burden on our nation’s college students. Their eldest son caught rides to out of town hockey games and roomed with others to cut travel and lodging costs. Their youngest even helped out by formalizing babysitting and snow shoveling skills, capitalizing infrequent ideas they had to get extra spending money into formidable entrepreneurial experience. Happily, they traded allowances for much more lucrative income streams.

Luck isn’t enough to avoid the reoccurrence of financial difficulties; you need a plan. And by plan I mean anything that results in accumulating a great deal of savings. The funny thing about saving money is that it benefits a family two-fold in an emergency. Obviously, in the event of an income reduction you can use savings to supplement living expenses until you restore your income. However, if you are saving you are inherently living off less of your income already; therefore, it requires less work to adapt to lower levels of income.

Until this point, Bob and Amy lived off 100% of their net income and felt that contributing to an IRA was all the savings they needed. They would try to keep an eye on the account balance from time to time, but they didn’t balance a ledger or keep track of historical amounts spent and essentially guessed their way through the first few budgets we prepared. The problem with the results of those initial budgets was that it didn’t come close to explaining why they had trouble in the first place - since on paper, they showed a significant surplus.

I had them first look back at 6 months’ worth of bank statements and put each purchase into a category. This identified areas where they spent more than expected (groceries, entertainment, eating out and costs associated with the kids’ education and extracurricular activities) and introduced some that were missed altogether (holiday costs besides gifts, travel, charitable donations, home and car maintenance and convenience store purchases), which explained why they had been living off 100% of the net income. You too can create a budget and even follow it. Click Start Now!

The next step was to insert goals for future spending. Since they were spending a lot of money on food, they felt they could drop the cost of food by 50% by planning meals, using coupons, packing lunches, limiting meals out, and practically eliminating convenience store and coffee shop purchases. Automotive costs could be cut 30% by ride sharing and depending more on the vehicle that got the best gas mileage. They admitted to me afterwards that rarely up that point would they ever drive anywhere together. By making that change, they actually experienced a more cohesive relationship.

Lastly, they would measure progress by totaling up the amount spent each month and then itemizing them by category and discussing what went well and what could go better. I always advise that this activity is best done in conjunction with something special to make it something to look forward to. In a follow up session, they confessed that as everyday people, they enjoyed a “date night” out bowling with some drinks on occasion, but had felt too guilty do so in the wake of being more responsible with finances. I urged them to reintegrate the activity on a monthly basis, taking place immediately after their periodic budget discussion. That way, it would positively reinforce their ability to have a little fun utilizing some discretionary income - as long as they “earned” that right staying on course. After all, a budget plan void of anything fun will be abandoned quickly.

REAPING THE BENEFITS OF THEIR HARD WORK

Changes are not necessarily forever. The reason I thought to write about this particular case is that I recently got a celebratory call from Amy informing me that she recently was able to resign from her job and resume her full time motherly duties. I discussed with them a formula for such situations and identified that it would be ideal for Amy to quit only when they had 12 months’ worth of expenses in savings. The expenses in turn took up less than 75% of the average net predicted moving forward.

It took almost two years of hard work repairing the mortgage delinquency, paying off other debt, trimming expenses, and having two of their 4 children move out and become financially independent for this to come to fruition for Bob and Amy. However, now if a minor income dilemma like what they experienced two winters ago surfaces, they will likely be able to weather it without altering their relationship with spending. In the event of a serious income crunch such as a disability, they will have a long period of time to constructively transition to a long-term contingency plan.

For more information about preparing for a bout of unemployment, check out How to Financially Prepare for and Survive a Layoff. Or do you and your partner both work and one of you is thinking about staying home? Click here for a calculator to help you figure that out.

If you’d like an individualized action plan to help you prepare for a financial emergency, call LSS at 888.577.2227 to schedule an appointment. Our Financial Counselors will provide you with the tools you need to achieve your financial goals, whether you want to create a budget, conquer your debt, or build up savings. Take action today to improve your financial present and future!

You can also email us a question and a Housing Counselor will get back to you. Help is just a click away! Click 'ask a question'.