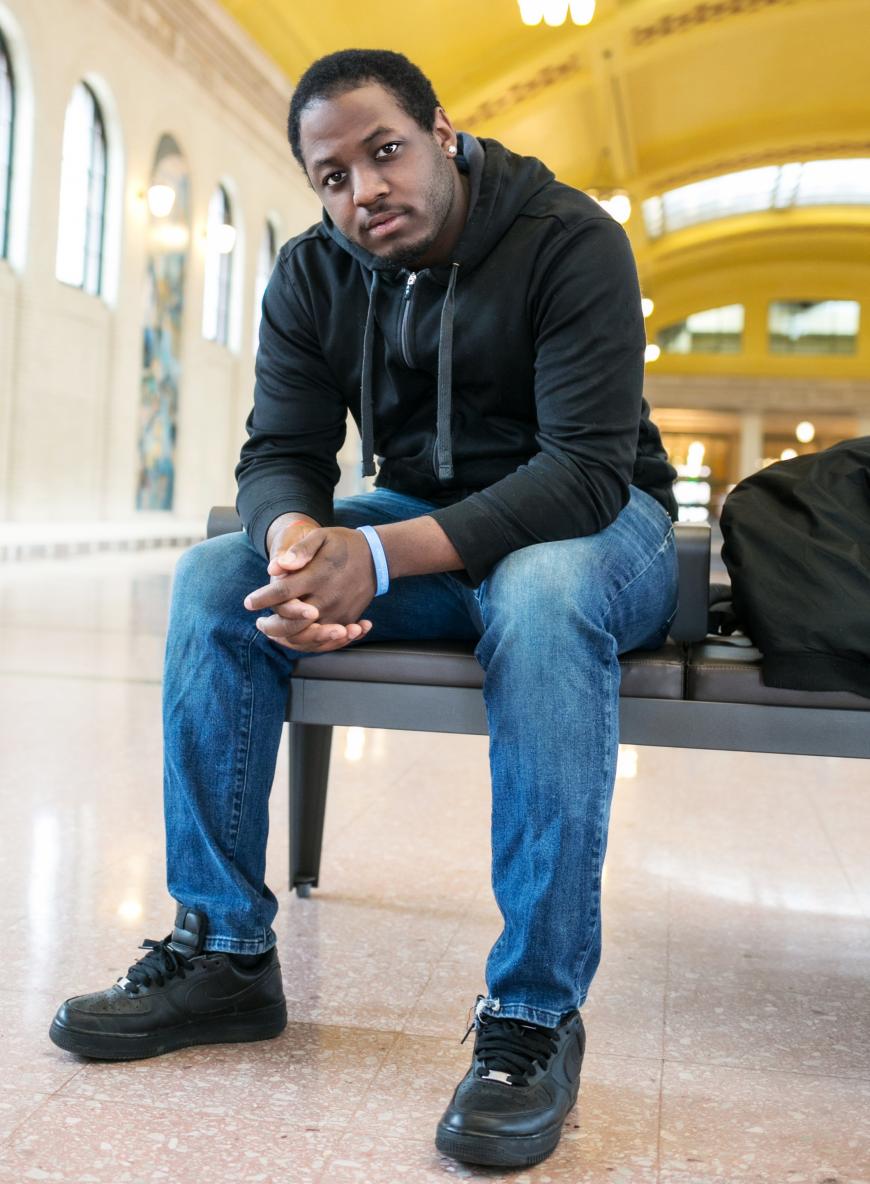 While growing up, Trae remembers his family constantly moving. He and his five siblings changed schools each year as they tried to assimilate to their new surroundings. Adding to the uncertainty of this lifestyle, he recalls his parents were always arguing. When his parents separated, the stress of Trae’s home life weighed heavily on his relationships.

Trae was in constant conflict with his mother, when one day she told him to leave. Trae said, “I remember that vividly.” He made an attempt to go back home the next day and she seemed concerned about where he had slept. He said, “After that, I’d get kicked out all the time. Other than that first night, she wouldn’t even ask about where I had stayed.”

Unfortunately, Trae’s experience isn’t rare. According to Wilder Research, many youth report family conflict and being told to leave as the main cause of their homelessness. 89% of homeless youth report adverse childhood experiences such as living with a substance abuser, witnessing abuse or having been victims of abuse or neglect.

Trae became homeless at age 14. “After a certain point, going back home wasn’t an option. Anytime I’d go back, she’d kick me out,” he said. “I’d find other places to go, sleeping at friends’ homes, sleeping in cars.” Trae and youth like him who are experiencing homelessness are less likely than adults to stay in shelters. Most often they stay temporarily with friends or in places not intended for habitation. Wilder Research reports on any given night, an estimated 6,000 Minnesota youth on their own experience homelessness.

After three years of being homeless, Trae heard about Lutheran Social Service of Minnesota’s Rezek House, a unique two-year transitional living program for youth experiencing homelessness. Immediately Trae took action to get his own studio apartment at Rezek, but the effects of his recent trauma shown through. The idea of having a home made him nervous and he was terrified he may get kicked out. The staff at Rezek provided him with support he hadn’t known before, they eased his worries and helped him get his feet on the ground.

Knowing he had to start paying rent to live at Rezek, Trae got his first job packaging meat. This job was less than ideal, but he knew a job was necessary to reach his goals. Rezek residents pay one-third of their income as rent, which is put into a savings account. The residents receive that money back when they move out. Trae said, “That really helped to prepare me for the next steps.”

Since leaving Rezek, Trae has been living in the same apartment he rented more than two years ago. He has a community of positive and supportive friends whom he met while living at Rezek. He is happily working in a medical assembly position where he makes a wage that supports his life with three cars and his cat named Cat.

“I can honestly say I’m in the best time of my life right now,” said Trae. “I’m not struggling. I got somewhere I can lay my head. I don’t have to worry about sleeping outside, getting bit by mosquitos or freezing.”

Stability with his job, his apartment and his community of friends have all played a role in Trae reconnecting with his mother. When they get together now, they no longer argue. Trae said, “Living at Rezek was the most helpful thing that happened in my whole entire life, and that’s no exaggeration. Without Rezek, I wouldn’t be where I am now. That’s for certain.”