Finding Their Place in This World 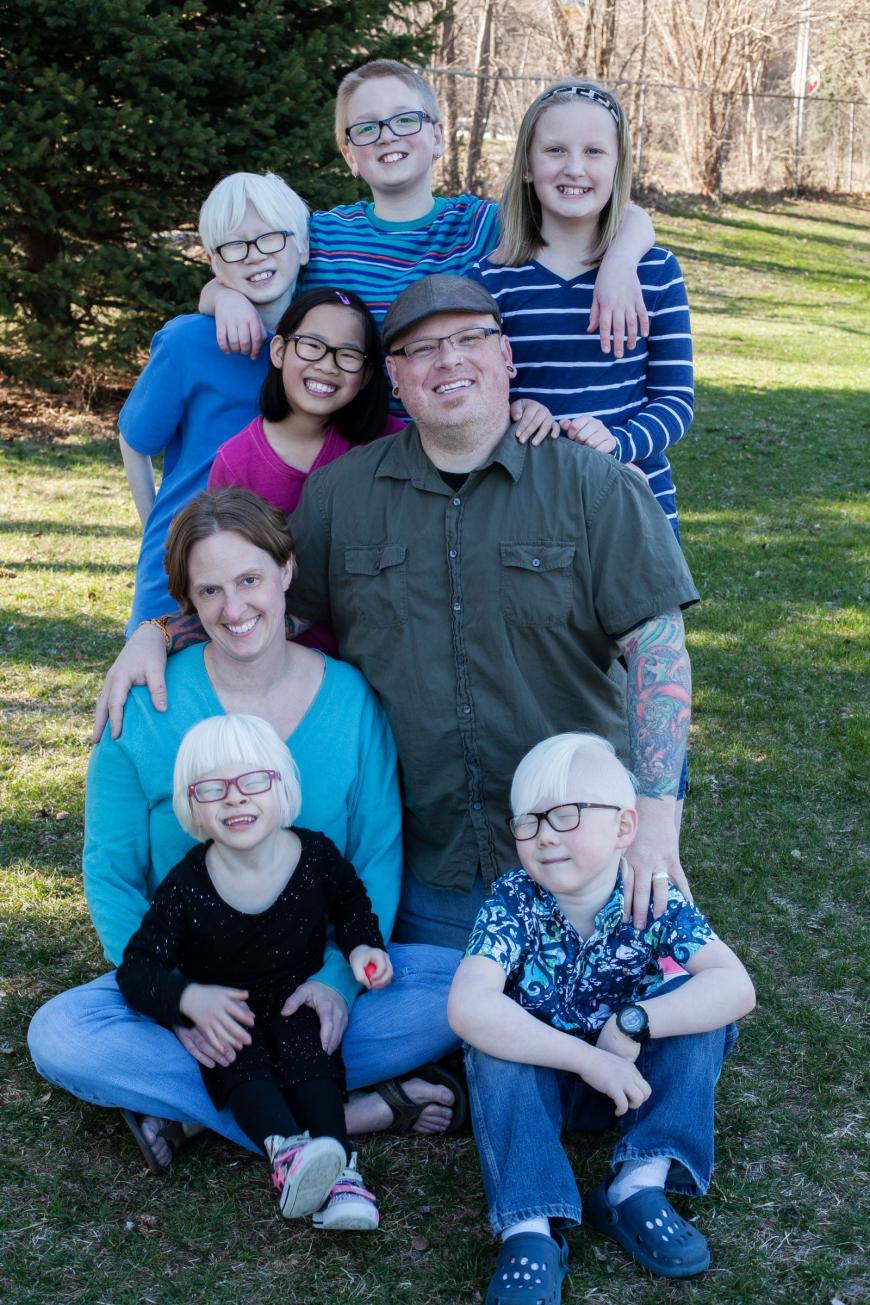 Andrew and his wife, Kelly, knew one day they’d be parents. After having two biological children, adoption wasn’t part of the plan. Then one night they were captivated by news coverage of a tsunami in Asia that made them acutely aware of the plight of orphans everywhere.

“The broadcast was riddled with stories of children who became orphans overnight,” Andrew recalled. The couple felt compelled to do more than send donations. They were moved to create a loving home for several children in need. “Without skipping a beat, we decided to take some of these kids into our home and into our family.”

The next few months were challenging as they hit roadblocks on their journey to adopting children half way across the globe. Then they contacted Children’s Home Society of Minnesota. With the help of Children’s Home staff they adopted four children with identified needs over a period of several years: Ridley, Felix, Gia and Lucy.

When Andrew saw a photo of a three-year-old boy from Korea, he says his reaction was visceral.

“It was as if someone grabbed my shirt and said, ‘look, this is your son.’” Ridley, who was born with albinism and visual impairment, quickly became a beloved addition to Andrew and Kelly’s growing family. After adopting Ridley, “we wanted to care for more kids who were neglected because of who they were born to be,” said Andrew. This led Andrew and Kelly to open their hearts to Felix, another young boy with albinism, and eventually to daughters Gia and Lucy.

Gia had severe medical needs. She was so malnourished at three years old, Gia looked no older than a six-month-old baby. “She was tiny and greatly developmentally delayed. Looking at her now, you wouldn’t know what she’d been through.”

Seven-year-old Lucy is a tenacious little girl from China who had been born with cerebral palsy. “Lucy is quite special,” Andrew said of his daughter, who proudly sports leg braces that help her run. “I’ve never seen her give into any limitation.”

Andrew, who has worked with people with disabilities for 25 years, and Kelly, an occupational therapist, were ready to support their children by strengthening and fostering all their abilities.

“Each of my children has overcome challenges with strength and resiliency beyond their years.  I couldn’t be prouder to be their father,” said Andrew. “My job is to dry my children’s tears and make them laugh. Most importantly, they will know they are always loved.”

In 2012, Children’s Home Society and Lutheran Social Service of Minnesota entered into a partnership that combined adoption services and united the strengths of each organization to secure loving families for children.

There are thousands of children waiting in foster care, or waiting internationally, for permanent families. Wait times can range from a few months to several years — and can be even longer for the hundreds of waiting children who are older, part of sibling groups or have other identified needs. In Minnesota alone, close to 500 children wait in foster care for permanent, adoptive families. Children’s Home and LSS are also advocating for 120 international children right now.