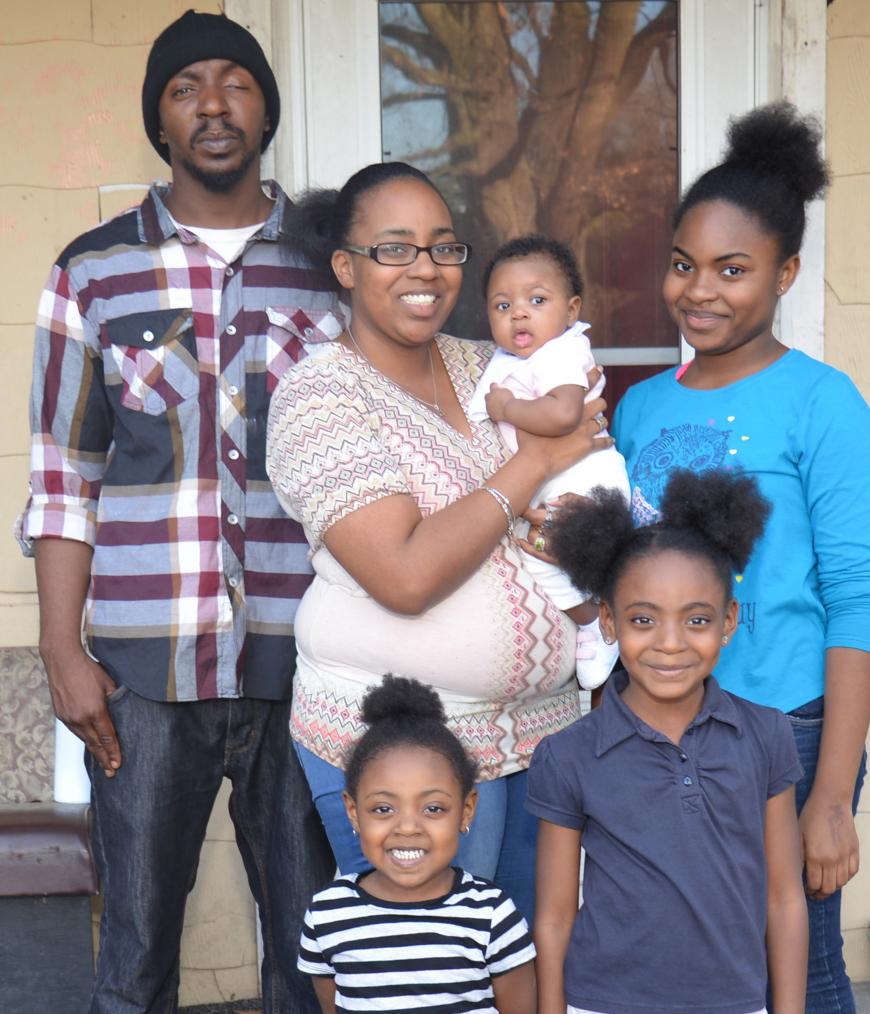 Sisters Jalayisa (5) and Marissa (10) lived in Columbia, South Carolina with their family in 2015 when a ‘1,000 year flood’ came pouring down. For almost a week water fell from the sky in sheets, with more than 18 inches of rain reported in the area over just one 24-hour period. The girls didn’t fully understand what was happening. Their schools were closed. The power was out and they couldn’t leave their house for five days as the water was up to their door. Major roads were inaccessible. After the rain subsided it left the Boyd family with damaged pipes and mold that forced them to move. The girls wondered why so many bad things were happening all around them.

Disaster changes lives — especially for children who need to process their experiences in order to begin the healing process and rebuild hope for their future. Camp Noah, a program of Lutheran Social Service of Minnesota, is designed to help children heal from disaster and trauma by focusing on building resiliency skills and helping children prepare for whatever storms in life they may experience.

Camp Noah began 20 years ago in response to the Red River flood of 1997. It is the only national program providing child-specific resiliency-building curriculum during a community’s long-term recovery. Since it began, thousands of committed volunteers, donors, and community partners have helped support more than 14,000 children in 29 states and in Puerto Rico.

Last year alone, Camp Noah served more than 930 children in their recovery from disaster and trauma. Ninety-eight percent of campers learned new resiliency skills and 100% of the parents were so thankful for this service that they would recommend Camp Noah to other parents.

Jalayisa and Marissa’s mother, Glenda, didn’t hesitate to enroll her girls when she learned Camp Noah would be in their neighborhood in August of 2016.

At Camp, the sisters learned about the damage water can do, gained practical strategies for coping, and gained perspective listening to the stories of other children. “Marissa understood how she was lucky that her house wasn’t flooded, and we didn’t have to start completely over,” Glenda shared.

While Camp Noah lasts only a week, its positive impact is long lasting. The curriculum is designed to help children process their experience with disaster and grief in a safe, supportive and caring atmosphere. “Camp was such a learning experience for my girls, they realized that there are people who are generous and loving in the world,” said Glenda. “It was good for them to see there are people who have compassion for others. That was a great lesson.”

Camp Noah also helped them develop important resiliency skills for the future: self-esteem, problem-solving, stress management and preparedness. These skills turned out to be exactly what they would need just a few months later when their community was again hit – this time by Hurricane Matthew in October of 2016. Once again they experienced terrible flooding and power outages.

The girls prepared themselves by gathering their preparedness backpacks that they received from Camp Noah, and picking out storm-friendly food at the store with their father in preparation for the hurricane. In fact, their mother wasn’t even aware of their preparations until after the electricity went out.

Jalayisa and Marissa surprised their mother when they were ready for this second disaster – equipped with what they learned at Camp Noah. Marissa said, “Mommy, we have flashlights in our bags.” And she encouraged her Dad to charge his phone by turning on his car “in case we need it to call for help later.”

During the hurricane the girls played cards and other games they learned at Camp Noah to keep themselves occupied. This was especially helpful as their parents were also trying to keep their two younger sisters happy – ages three and just two-weeks old.

“Every parent should send their child to Camp Noah if it’s offered in their area. They can save not only their lives, but yours too, if they are prepared,” Glenda said.