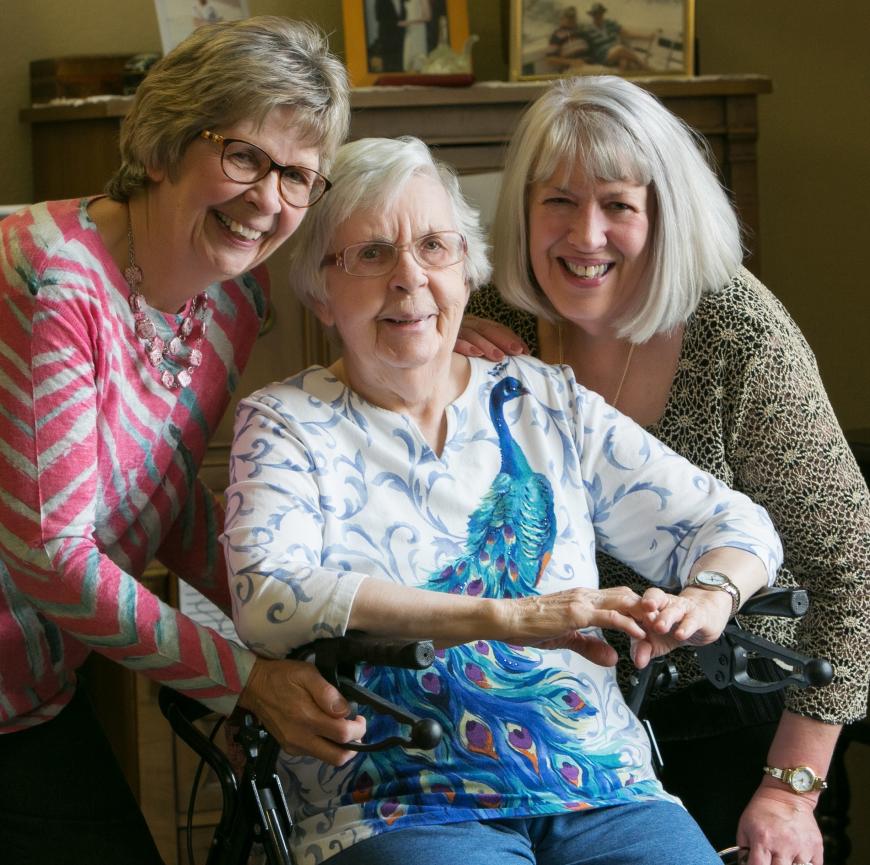 Six years ago, Maggie, almost 90, left her own home to move near her daughter, Lynn, a community college teacher in northwestern Minnesota. Maggie had been living alone, was growing frail, and most friends and family near by had either moved or passed on.

“My mother is strong willed, a tough gal who doesn’t want help, doesn’t want to be beholden to anyone,” said Lynn. “I had suggested that she move near me for quite awhile. Finally, she decided it was her idea, and we moved her near me.”

Within months, Lynn realized Maggie’s needs were dominating her time and energy. Maggie had questions and worries. She had to be accompanied to doctor appointments, and needed help with household matters, and finances. It was stressful to reverse roles.

After four years of caregiving, Lynn was feeling the exhaustion and isolation common to caregivers. She signed up for Lutheran Social Service of Minnesota’s (LSS) class, Powerful Tools for Caregivers.

“I wasn’t going to this class for me, but for Mom,” said Lynn. “But I quickly realized I could use support. As Mom declined, there were changes in her that I didn’t understand. Things were growing more difficult. The more I listened in class the more I realized it was me who needed help.”

Nearby, Cheryl was retiring from a 43-year nursing career when she found a business card from LSS with information about volunteering. “I thought now that I am retiring, I will need contact with people. So I called Lutheran Social Service.”

Cheryl became an LSS Caregiver Respite Volunteer, and two years ago she began spending Friday afternoons with Maggie. Their friendship blossomed, the schedule became routine and Lynn describes the relationship as “life changing.”

“Cheryl is wonderful,” said Lynn. “Mom sees Cheryl as her best friend. She has another person with a different view to talk with. The two of them go on drives, visit museums, and go out for ice cream. And I know Friday afternoons are my own time, to not focus on my mother and do other things. Both their friendship and the time I have to myself is priceless.”

“I listen; I can help quiet fears and reinforce that things will be alright,” Cheryl said. “It is often the simple things that bring joy, like a hot fudge sundae, listening to music, or looking at the scenery. Making a difference in even one person’s life is what matters.”