Hope and Healing After War

Todd Kuikka’s voice is clear, calm and confident. A 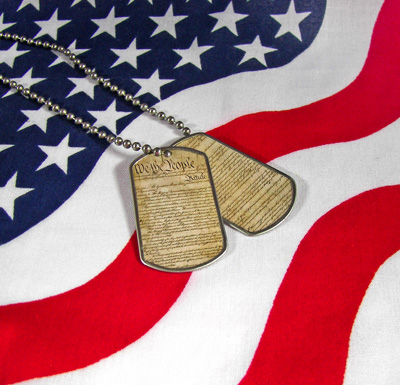 perfect reflection of life today, he says. “I never would have imagined my life could be this good, after it had been so bad.”

His story is not an anomaly, and like many war Veterans, Todd faced a difficult struggle once returning to civilian life after multiple tours of duty. Overseas, he spent day after day in high-stress situations dismantling explosive devices and making sure fellow soldiers returned from missions alive.

“I loved my job and was proud to serve my country, but it was intense,” he shared.

His wartime experiences left crippling imprints on his soul and in his mind. Following honorable retirement from the military, he was diagnosed with Post Traumatic Stress Disorder (PTSD). It was challenging to go out in public, where the smallest noise would trigger memories and transport him back to a catastrophic environment where he saw and heard things most people wouldn’t comprehend. He was plagued with recurring flashbacks and nightmares, making it difficult to find peaceful sleep. Struggles with depression grew.

Isolation was his defense against his demons, and soon he added alcohol as a shield from the darkness his life had become. It didn’t take long before his self-medication began to erode the tight-knit dynamic of his family.

Todd and his family found renewed hope in Lutheran Social Service of Minnesota (LSS of MN) where therapists supported him and his family as he re-integrated into civilian life. Together, they reopened lines of communication and rebuilt their foundation.

“I am so thankful places like LSS of MN exist for people like my family and me. We were able to get to a place where we weren’t afraid to talk about the issues bothering us,” he said. “We reconnected emotionally and spiritually.”

Now, his priorities are nurturing his mental health and enjoying each day with family. They’ve also utilized more community resources, including LSS Financial Counseling. Greater control of their finances has afforded them freedom to focus on the future.

Last February, Todd published a book, Veteran Field Manual: Civilian Life 1-1, about learning to accept and cope with PTSD. “It’s been such a therapeutic and cathartic venue for me,” he said. It’s also been rewarding to experience the impact the book has had on the Veteran community worldwide. Todd has received notes from soldiers as far as Germany, Romania and the UK, thanking him. “It’s helped me to help other people.”

He’s also helping himself heal by continuing to explore his love of art and design. Alongside his wife, Erika, he owns and operates Loon House Designs and Concepts, a small mom ‘n pop shop. Business is good, but slow, just how he likes it. A manageable workload grants more time to focus on maintaining his stability and health.

“I take one day at a time. Recovery from something as traumatic as war is never finished,” he said. “There’s always work to be done.” He journals and logs everything, including his sleep patterns. It can be a lot of work, but it pays off.  He has his sobriety, his health and his family. “There isn’t much more I could ask for. I’m happy.”