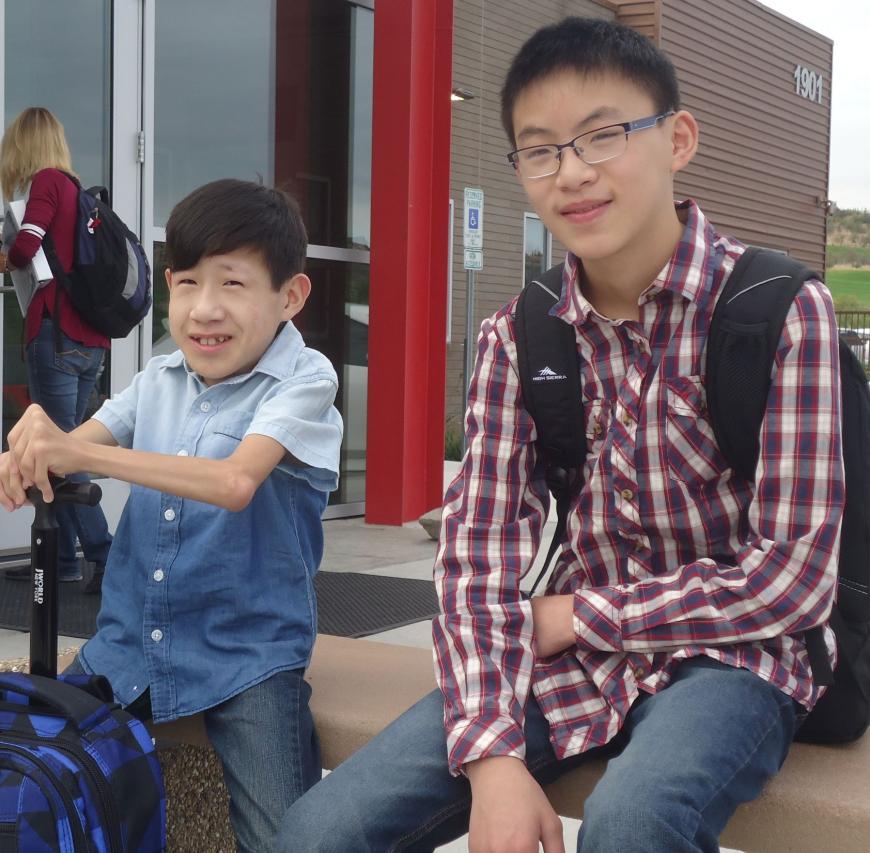 Both Jack and Nate spent more than a decade of their life in an orphanage.

Jack’s vision problems were so severely neglected, he was unable to see to complete his homework. Scoliosis plagues Nate’s body and he has never been able to dress and shower himself. The boys, living together in close quarters in the orphanage, found solace in one another. Nate would help Jack with his homework and Jack would shower and dress Nate. They were like brothers the way they’d bicker and the way they would play games together and look out for each other.

Suzy was moved by the connection Jack and Nate had formed. Suzy explained, “Typically at an orphanage, kids interact in a competitive way. They look for dirt on each other and use it against each other. To see these boys forge such a love for each other in that environment really touched our hearts.”

On the way home from China, Jack wore Joe’s reading glasses, and sang “Hallelujah” because he could actually see something. Nate’s physical needs were finally being cared for by someone other than Jack.

Suzy believes that these two had a relatively easy transition into their new home because of the fact that they had each other throughout their lives. They were quick to show love for their new family, which was something different than some of Suzy and Joe’s past experiences of adopting older children.

Adopting older children can come with challenges like depression and anxiety. The kids have experienced trauma and haven’t always been shown kindness. Suzy and her husband work hard to teach their children a new storyline for their lives. “We handle it with a sense of humor,” she says. They prepare them for the future while catching up on the kids’ education, plus other medical and mental health needs.

“When you’re adopting older children you’re taking on a tremendous responsibility. It’s hard on your marriage, on your kids, on your finances. It can be overwhelming.” Suzy expresses the importance with older adoptees to know your role. In some cases, she says, you may be a mentor or a sponsor. “We looked at it this way. We’re going to help you, we’re going to get you medical care, we’re going to teach you about life, we’re going to try to help you understand your feelings and work through them, and we’re going to push you in school.”