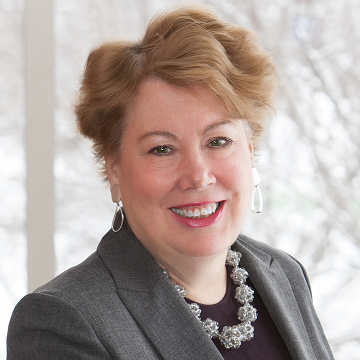 Maureen Warren became Vice President and Chief Family Services Officer for LSS in September 2013. She oversees mental health counseling, youth services, financial counseling, housing development and services, refugee services and the operations of the Center for Changing Lives in Minneapolis. Previously, she served as Vice President of Special Projects for the organization.

Maureen’s nonprofit leadership experience also includes serving as Director of Supportive Housing and Employment Services for the Amherst H. Wilder Foundation and as the Chief Administrative Officer of William Mitchell College of Law. Earlier in her career, Maureen held senior leadership positions in affordable housing and community development with Fannie Mae in Chicago and the Office of the Secretary of the U.S. Department of Housing and Urban Development in Washington, D.C. She also practiced law for three years and served as a policy aide to the Mayor and Director of Intergovernmental Relations for the City of Saint Paul.

Maureen earned her Juris Doctor at the University of Minnesota Law School and her bachelor of arts degree at the College of Saint Catherine in Saint Paul. She currently serves as Chair of the Board of the Twin Cities Family Housing Fund and has served on numerous nonprofit boards focused on creating healthy, sustainable communities and opportunities for low- and moderate-income families and individuals.

She lives in Saint Paul with her son, Samuel, who was born in Vinh Long, Vietnam. Maureen adopted Samuel in January 2002 with the support of Children's Home Society.